A very blustery day saw the CWFG hold its Spring Walking Football tournament at the Cheshire FA headquarters in Northwich on 14th March. The competition was split into two age groups over 50’s and over 65’s which attracted some really good experienced W/F outfits.
Eight teams formed the over 50 competition each playing against each other in a league format. You can see the results and final league table below but players from Northgate Strollers, Manchester City and the Leggy Mambos, to name but a few, fought out some exciting matches in very difficult windy conditions.
It was encouraging to see some new faces to the CWFG competition and we were pleased to welcome Manchester City and newly formed Nantwich Town to Northwich for the first time, in addition to returning teams from the past. Our congratulations go to the Leggy Mambos on winning the over 50 competition although the Northgate Strollers pushed them hard with Nantwich Town turning in a fine first appearance to finish just behind Manchester City on goal difference.

Due to unforeseen circumstances the over 65 competition was restricted to four teams playing each other twice. Again, the windy conditions made life hard for the “senior” players who despite this played some great football in some hard fought games in which defences generally came out on top. Some top teams were on show and we believe this age group will continue to grow, we already have interest from several other teams in this age group for our Summer competition in July. The lads from Barnsley, the Leggy Mambos, led the way in the league table to finish unbeaten on the day. Well done to them and we hope to see them back to defend their title in the summer.

At this point I have to say A BIG THANK YOU to our retiring group secretary, George Brady, who due to private circumstances has decided the time has come for him to leave us after holding the secretary’s position since the formation of the group. We wish George well and hope to invite him back in the Summer in a visiting capacity.

The CWFG Summer Cup Festival will take place at Northwich on Saturday 6th. July 2019 so please make a date in your diary, we would love to see you all back at Northwich for another strong and enjoyable W/F competition. Further information will follow in due course but if you have any observations on this or any other of our competitions please contact myself, Dave Powell, on 01744 811308 or 07968 395365. 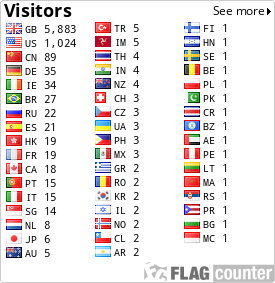